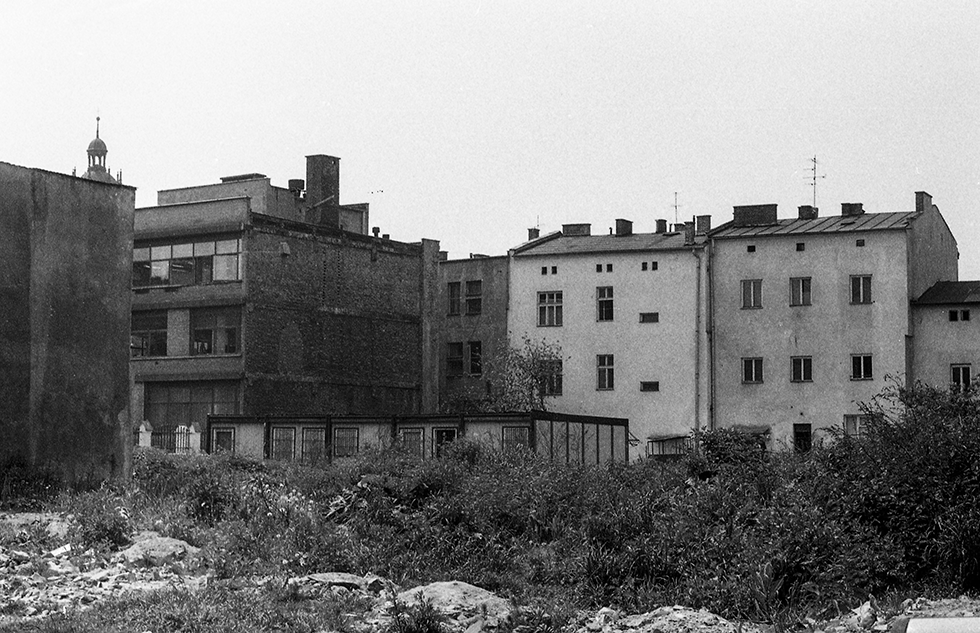 The Jewish Culture Festival in Krakow

The Jewish Culture Festival in Krakow, whose history reaches as far back as 1988, has led to changes in Krakow's Jewish district Kazimierz — not only in its perception as an object of cultural heritage, but also in appearance. Records of JCF's activities in Kazimierz, amassed over thirty years, document the changes which the district has undergone throughout this period. 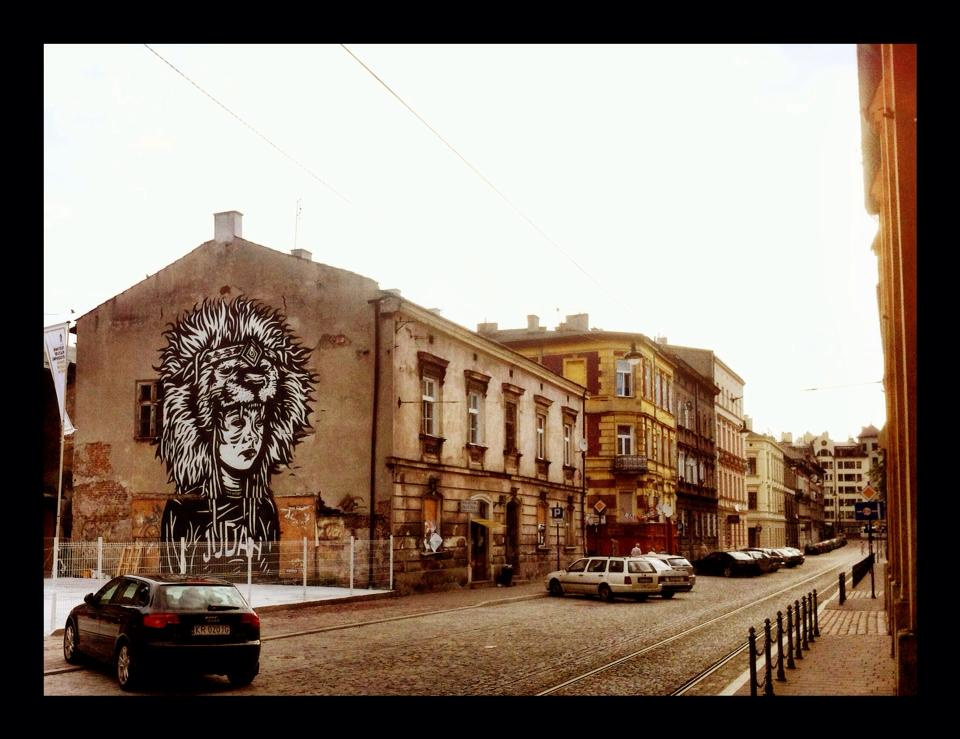 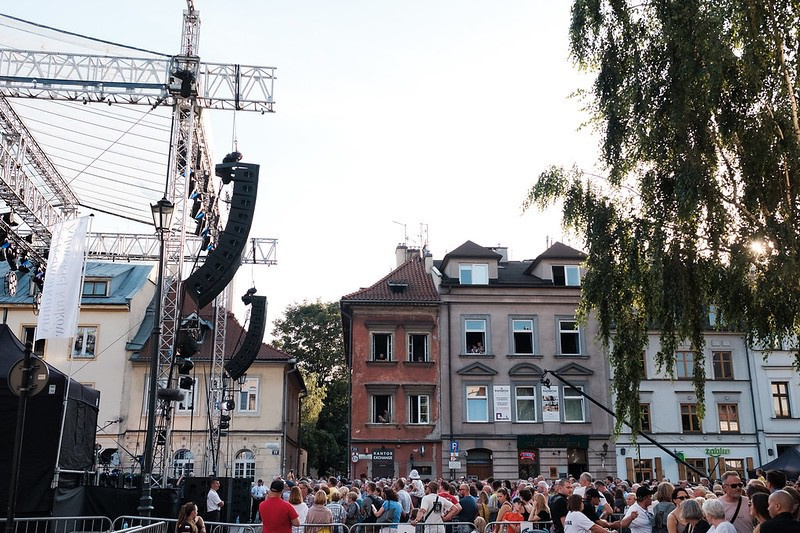 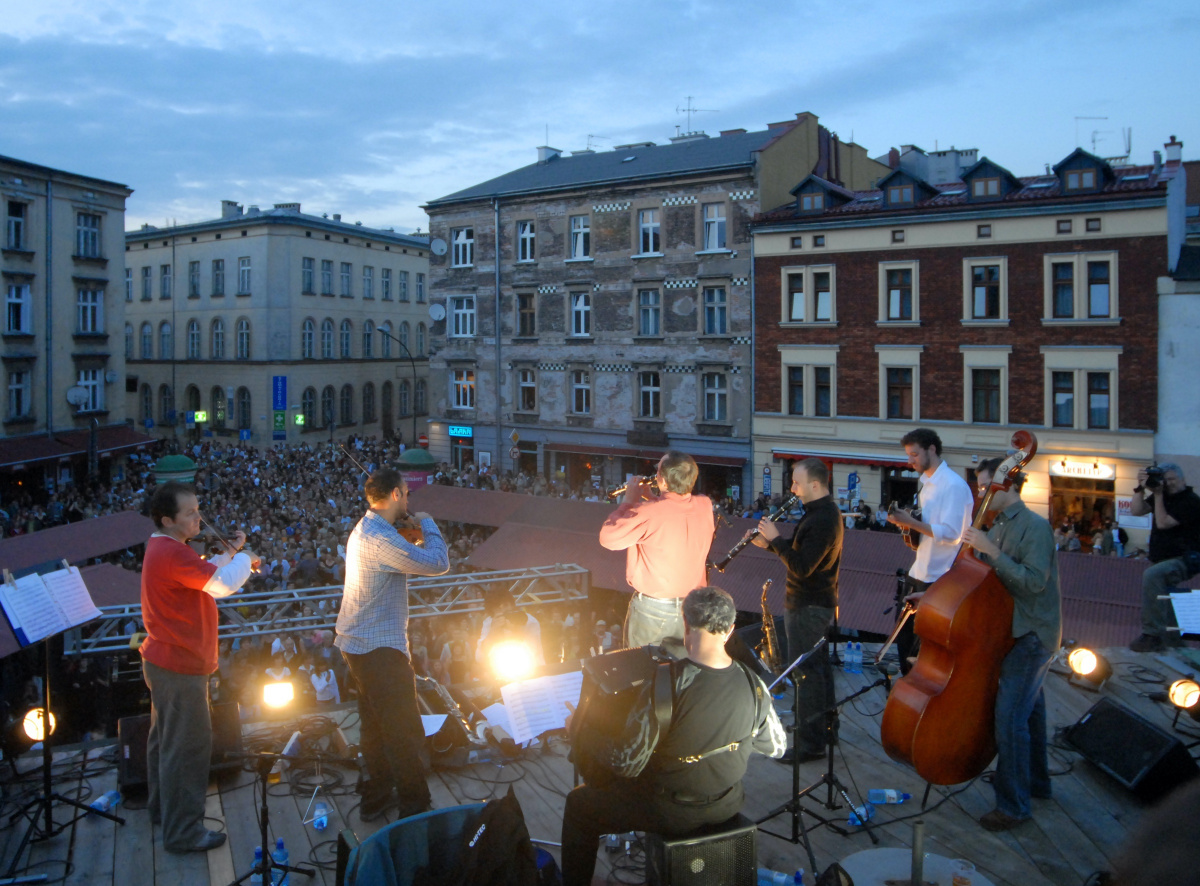 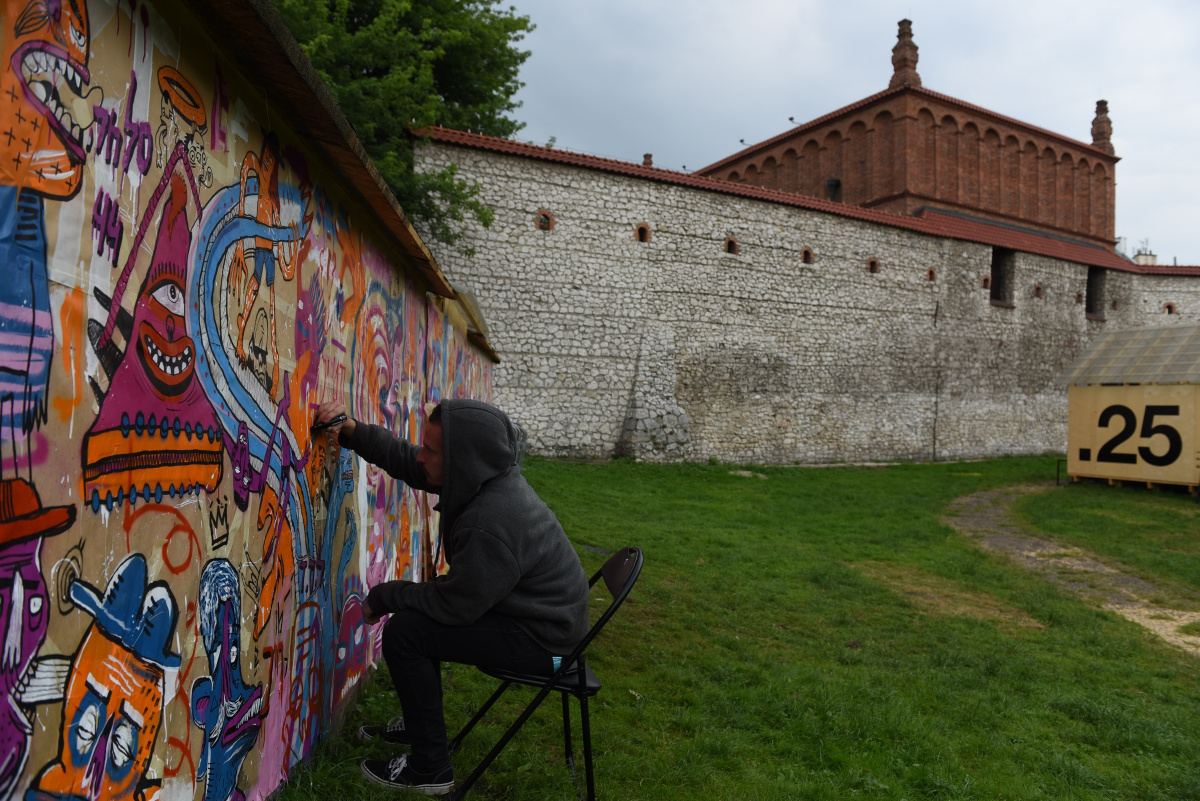 Downtown districts like Kazimierz often become spaces where one can experience street art ranging from moderately sized ceramic works glued to walls to large-format wall paintings. Street art is distinguishably unstable and ephemeral.The impermanence of this phenomenon makes photographing and charting the only method of recording it in most cases. Such is the importance of street art to the Digital Kazimierz project. 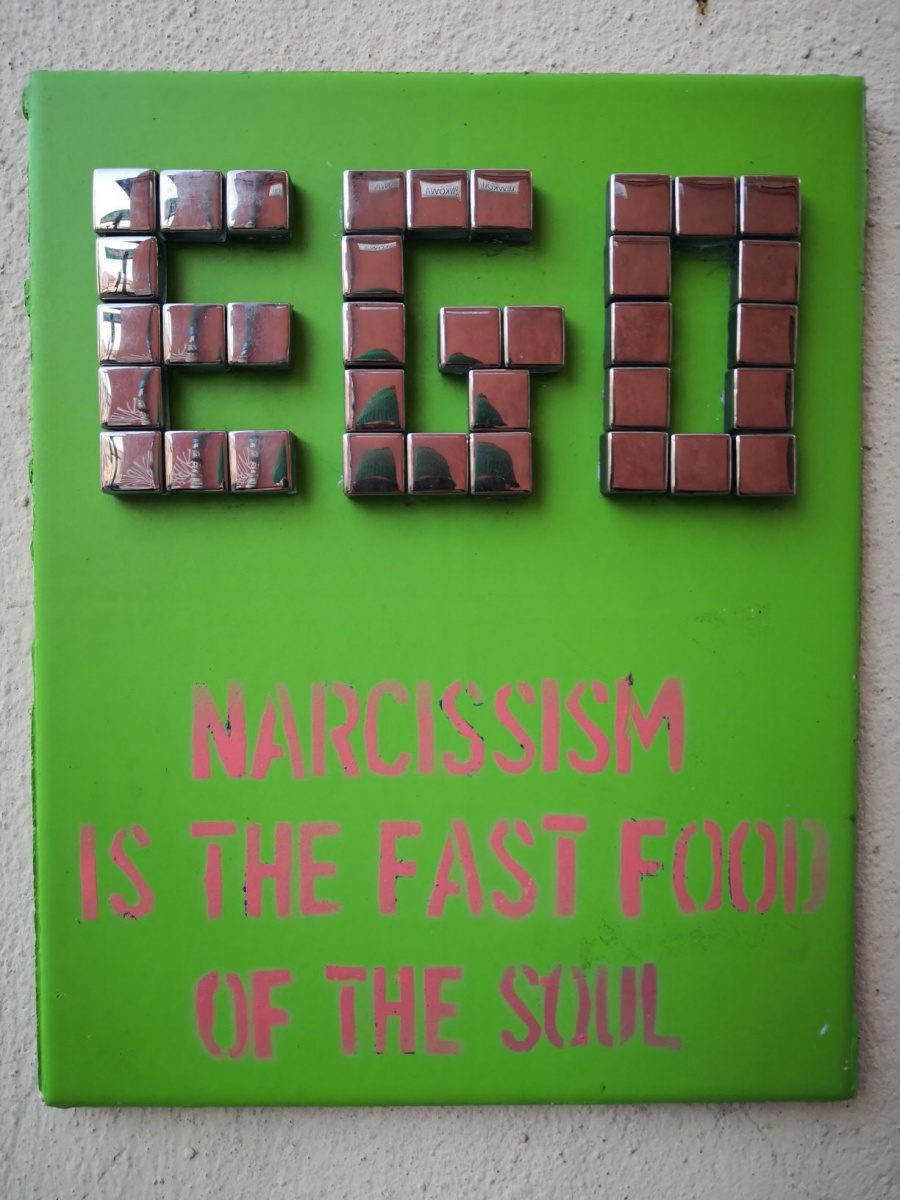 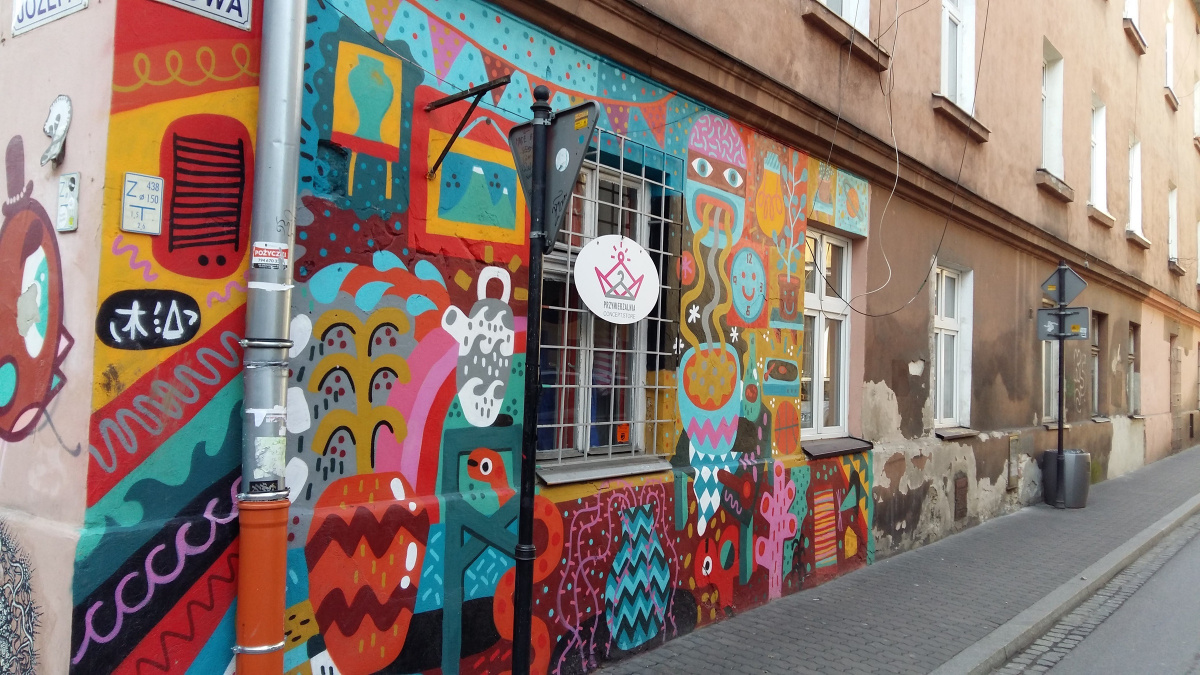 Street art at the corner of Nowa and Józefa streets 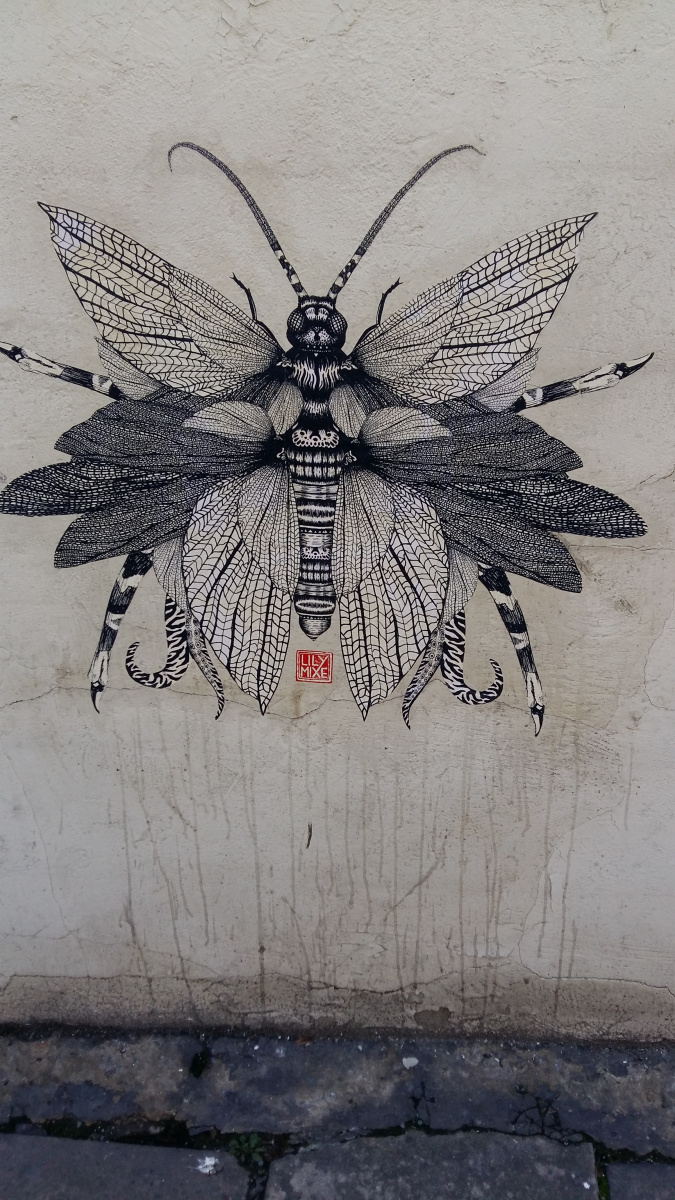 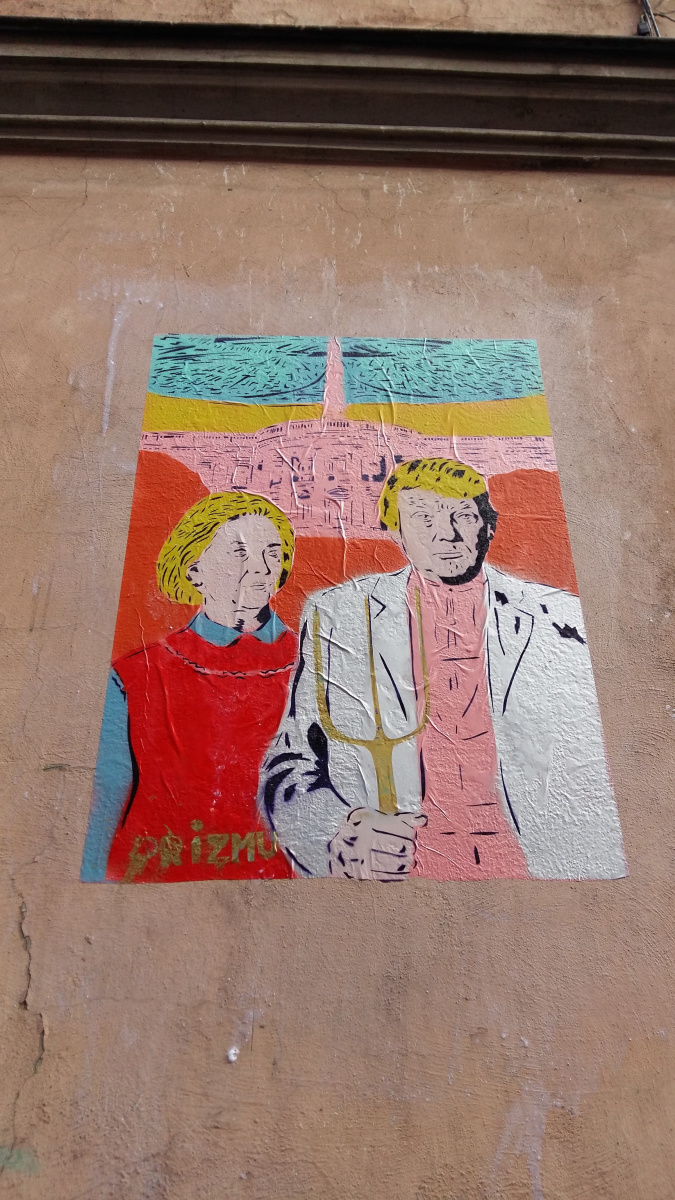 Street art from the "Fuck Wars" series by Prizmu